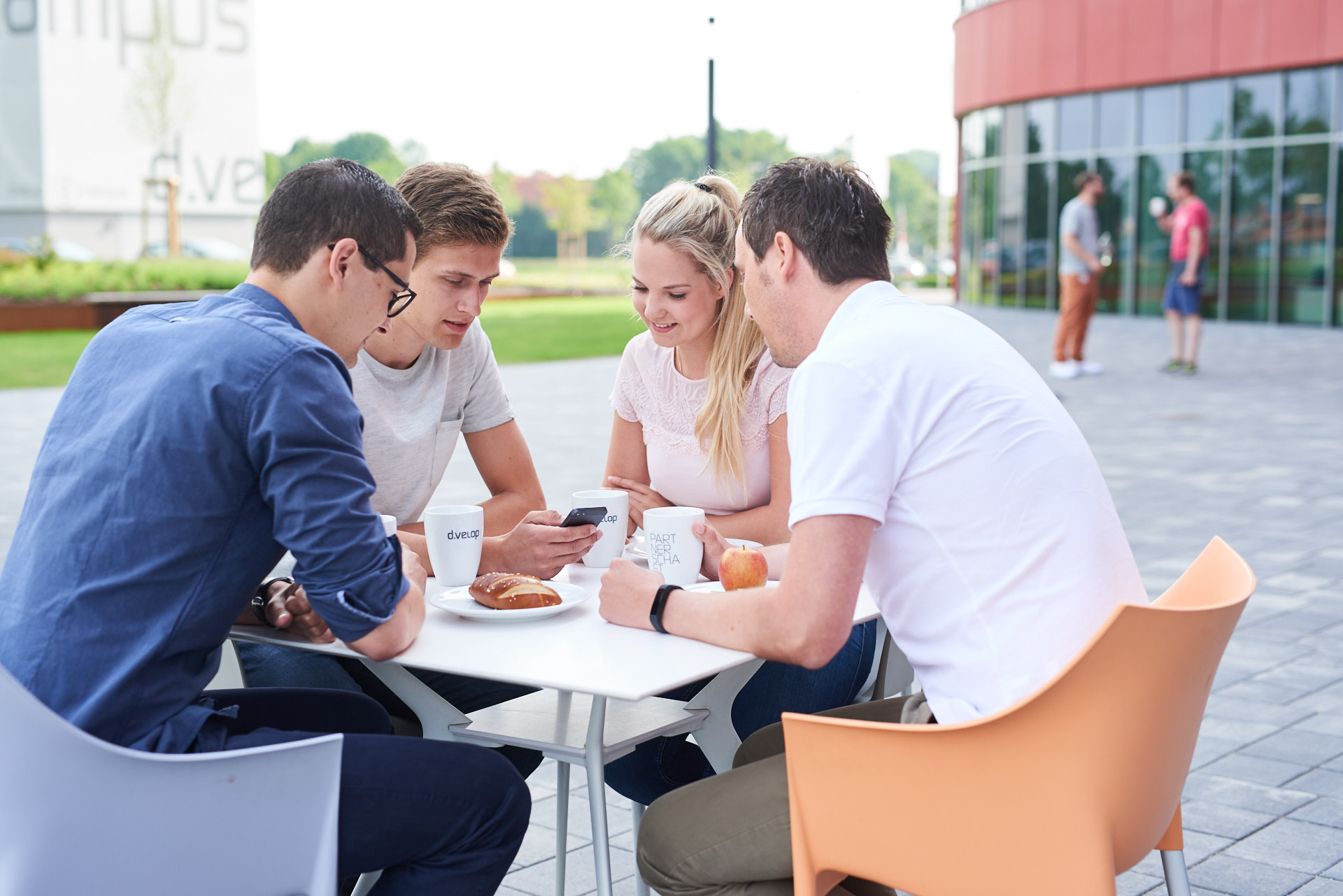 When our managers went to the tenants in the field, they always had to have the right documents physically with them. With several different visits every day, this required a great deal of preparation.

Five hundred thousand documents. That’s how much mail the postmen threw into the mailboxes of the twelve branches of Privera AG every year. That’s over 2,200 items a day. Now the real estate service company wanted to transfer this mountain of documents into the digital age. adeon ag played a major role in shaping the transformation to a paperless office.

Many talk about it, few really manage it: the paperless office. Privera AG dared to set itself the ambitious goal. It decided to actively address innovation and digitization as a core of its corporate values and become a pioneer in the real estate services industry. This is an ambitious project, as the traditional real estate business with its countless paper files still functions very much in the same way. Privera knows three types of files: tenant files, owner files and property files. On behalf of the owners – including pension funds, banks and insurance companies – the company manages countless residential, commercial and retail properties throughout Switzerland and looks after their tenants. The tenant files alone contain mountains of documents in folders, from tenancy agreements to apartment handover records. Staying agile in such an environment is no easy task.

The digitization project of Privera AG

At this point adeon ag came into play. It had already implemented the archiving of accounting documents and incoming invoices from the company’s own SAP with the document management d.3ecm of d.velop AG. Now the team around Pascal Staub from adeon wanted a concept for the digitization of all files of Privera as well as the incoming and outgoing mail. Privera examined various providers and, after comparing the offers and concepts, decided on the most convincing offer – the one from adeon. Together with Privera, adeon developed a concept for digitisation. At the beginning of 2017 it received the green light for the implementation. Scanning was a central component of the project. The scope of the initial scanning carried out by an external scanning partner is impressive: 75,000 tenant files, 2,000 property files, 7 million sheets of paper. At the Wallisellen branch alone, the company drove in trucks every two weeks for three months and picked up crates of documents for scanning.

Now Privera wanted to keep as many documents as possible in digital form. “That would make a lot of things easier for us,” explains Pascal Staub. “Our employees also have access to documents they need at home or on the road. All documents would be available from any location and could be stored in a revision-, fire- and legally secure way. In order for files to become truly digital, the physically incoming mail also had to take this step. The tricky task therefore consisted of two parts: First, they wanted to digitize all existing documents and make them available in their own systems. Secondly, Swiss Post was to arrive at Privera in digital form only – at a company with around 450 employees and twelve branches throughout Switzerland.

Our employees should also have access to documents they need at home or on the road. All documents are available regardless of location and can be stored in a revision-, fire- and legally secure manner.

The digitization concept of Privera AG

adeon implemented the document management system d.3ecm, tailored to the needs of Privera, and also developed interfaces to the central real estate management software REM. The tasks were varied, explains Manuel Prantl, who managed the project on behalf of adeon: “The incoming mail had to be digitized and assigned to the responsible processor. Furthermore, all dossiers had to be linked to the right properties, tenants, departments and processors. After all, all documents that left the company had to be stored digitally in the right place.”

Sending out mail sounds easy. But let’s look at the real world. A signed tenancy agreement from a tenant, including a deposit agreement and an order form for bell plates, has just arrived at the Privera branch in St. Gallen. In the real world, the internal postal manager opens the letter and distributes the various documents – for example to the operator and the accounting department. In another branch, the boss might open each letter and hand it over to the person responsible.

And in the digital world? The challenge here is to define a workflow that is valid for everyone, that proves its worth in everyday life, makes work easier, reduces effort – and above all: that is accepted by all employees. Privera and adeon jointly defined this workflow, which adeon then implemented in d.3ecm. A test phase followed – and then the go-live. Gradually, each location was converted to the digital workflow. In August 2018, the pilot project began in Wallisellen; in December, all branches had switched to digital incoming mail processing.

80.000 folders have disappeared from the offices

Let’s take a look at the work process after the change: It has become empty, surprisingly paperless in the offices of Privera. In short, around 80,000 folders have disappeared from them. They were no longer needed. And the postman? His job becomes increasingly digitized. This is what happens in the background: All letters addressed to Privera are automatically forwarded to the scan center. There, with a few exceptions, they are scanned and digitized in full text. By naming the branch, addressee, any references or properties and tenants, the system automatically recognizes what each individual document is about and for which person or department it is intended. This person is informed about the receipt in d.3ecm – and, if desired, also by e-mail – and can immediately edit, forward or destroy the document, for example in the case of irrelevant advertising.

The question remains: What happens to outgoing mail? Pascal Staub says: “It will of course continue to be sent physically. But while employees used to have to store a copy of every outgoing document, they can now store documents that they create in Word, SAP or REM, for example, directly in d.3ecm at the touch of a button. Where legally valid signatures are required, the physical document is scanned, also digitally archived in d.3ecm – and then sent.”

d.3ecm lays the foundation for digital transformation with new services

The advantages of the new system are manifold. An employee can now search, find and edit documents on his or her device, on a PC, laptop or mobile phone. In addition, a person in charge receives a message immediately when new mail arrives. If the mail is left a little too long, d.3ecm reminds the user of how to process it. Responsibilities and substitutions can be defined so that nothing is forgotten even if someone is ill or on holiday. In other words: For Pascal Staub, the digitalization of the documents forms the basis of the digital transformation: “For example, if we ever want to set up a central service center for tenants in Wallisellen, the agents will see a caller’s dossier at the touch of a button. This would not have been possible before, when everything was stored in folders in the branch offices. This will allow us to redesign the world of Privera and increase customer service.”

Privera’s data protection is also very important. All data is stored on servers in Switzerland. If an employee’s name appears on a letter in front of the company name in the address line or if it is labeled “Personal”, it is only sent to the addressee. A set of rules ensures that the privacy of customers and employees remains guaranteed. It defines clear authorizations and escalation levels for mail processing. Privera also obtained the consent of all employees to open and scan the mail.

Significant simplification of the document handling

Pascal Staub is very satisfied with the solution: “The post is an emotional affair. If you want to introduce such a far-reaching change here, everyone involved must stand behind it. We attached great importance to providing our staff with good information and training. In Wallisellen, the system has now been in operation for a year, and people are increasingly appreciating it. It has become much easier to deal with documents.”

The cooperation with adeon also convinced him: “adeon found solutions for all challenges. It also brings with it a great deal of expertise.”